I hope so!! November was a disaster. Yesterday, I got a hair cut from Dustin, and of course he immediately recognized that I’d lost weight. Then! When I expressed concern about hitting the next mark, I got bombarded with “just keep your mouth shut!” He (skinny of course) told me that when he’s feeling “fluffy,” he cuts back. If having a sandwich for lunch, he’ll cut it in half, eat half, and (like BAN) wait one full hour before eating the second half–IF he still wants it. Anyway, I spent an extra $120 for the color doo in hopes that it’d inspire me! 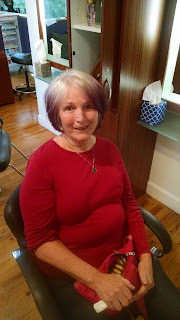 Mucho complements, but just look at that middle!!!!
So I went online exploring my options. I’m a life member of Jenny Craig, so I looked there first. I even planned a week’s menu; but then I had to cancel because I just couldn’t face all those carbs–including bread, pasta, etc. plus mucho desserts.
Then I looked online for any pre-made entrees in the low carb genre. So I discovered Atkins now makes frozen meals and even has a web site to monitor yourself. Next stop: Safeway. I bought up!!! And there was another low carb brand–Eating Right–so I bought some of their dinners also. Shoot, I forgot to look for Atkins bars–just to see their nutrition label. 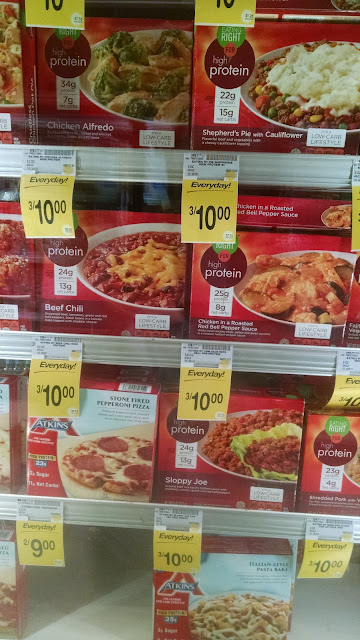